Before we begin today, a quick Merry Christmas and Happy New Year to all! Now down to business.

The cover to issue 6 is one of my favorites so far. I really like drawing the Actioneers, the superhero team that Wolf-Man has some issues with, so designing a cover with them all fighting sounded like it could be cool. After a couple scribbly attempts, this was the idea I felt had some promise. 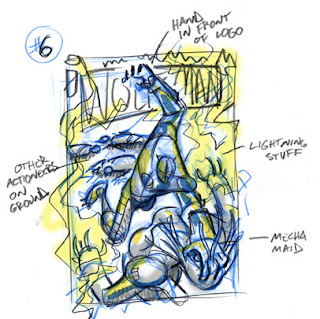 After looking at it more we decided that it might be better to have the other characters in the foreground. 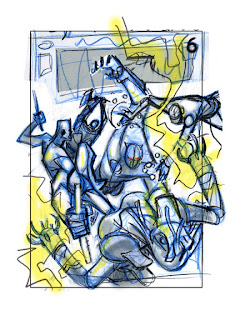 As is my usual process, I enlarged the layout to comic board size and lightboxed it with blue pencil, tightening details and tweaking things a bit as I drew. And I forgot to scan my pencils again, so you can't see those. See the problem is that I don't have a big scanner, so I have to scan this stuff in pieces and put back together in Photoshop. I hate that part, cause nothing ever lines up right. So beacuse I don't like doing it and because I don't need to do it for the pencils (other than to show you guys) I often "forget" to do it. But I'll try to do better. Promise. Anyway, excuses over, here are the inks. Yay! 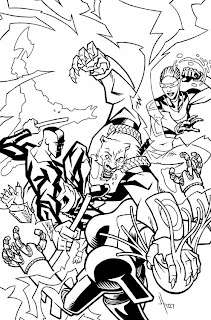 And now the final colors. 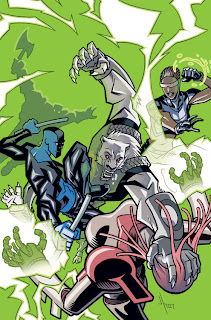 Also, here is a con sketch that I forgot to post sooner. Big thanks to Brian for the reminder. 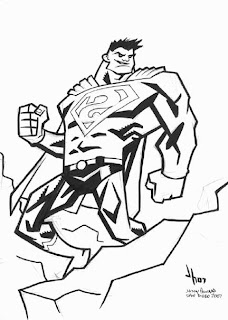 It is supposed to be in stores this coming week. Lots of good stuff this time, trust me, I wouldn't lie to you. I mean really, what good would it do me? Its a good thing I'm coloring this book on the computer, because if I was using traditional media I would have used up all the red paint from every art store in town (for those of you not as quick, that means that there is a whole lot of blood in this issue) :)

The cover is somewhere below in a previous post, but here are a couple pages from the issue and their rough layout. 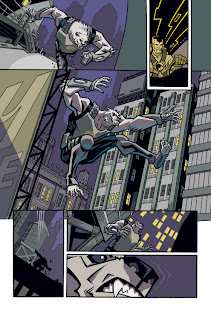 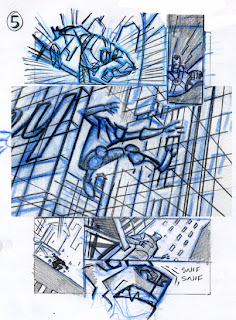 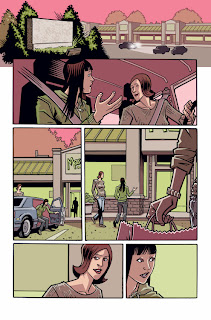 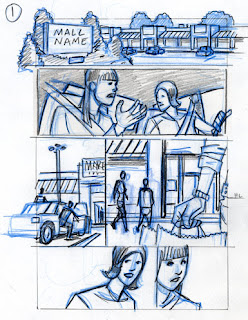 Also, I should have a cover process post for issue #6 coming soon. Tell your friends.
Posted by Jason Howard at 10:47 PM 6 comments: