Today the first Wolf-Man trade should be in comic book stores. The book collects issues 1-7, plus it has a nifty sketchbook section showing many of the unused designs and other stuff that went into creating the book. Buy it, it will make your life better:) I got my copy a couple days ago and it was like Christmas. It is pretty cool to see all that work and all those pages collected together in one place. Here is the cover so that you know what to look for. 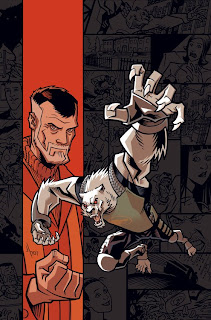 Now, I dont want your trip here to be lacking any new art to see, so here is the cover I just finished for the second trade paperback. I still have the background collage to drop in but I am waiting until I have a couple more issues drawn to do create that. As you can see we are following a consistent design approach with these covers, once we have a few out they should look pretty sweet all together. 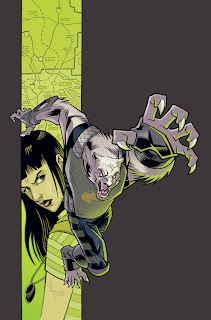 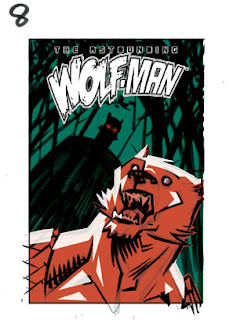 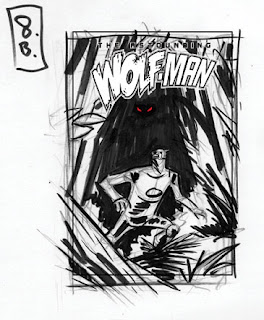 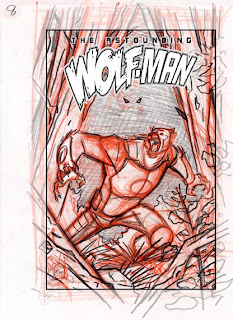 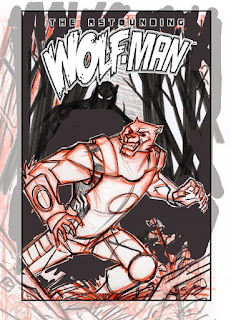 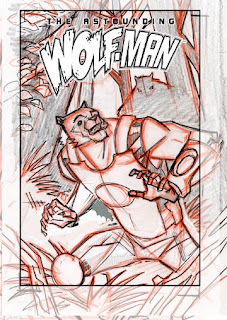 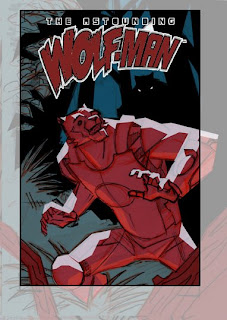 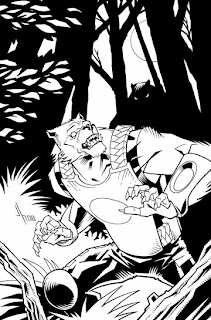 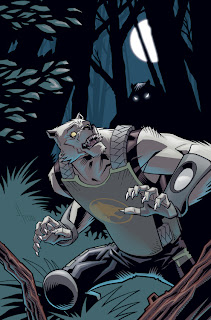 So there it is. A long post this time, and a little bit of the crazyness that can go into a cover. By the way, this issue should be out sometime soon, it has been done for a little while. Once I know the exact date I will post it here.
Posted by Jason Howard at 10:22 PM 7 comments: