Late notice, but for those of you in the Lansing, Michigan area I will be at the Michigan State University comics forum tomorrow (Saturday, March 28) from 11:30 am - 4:30 pm. Check more info here- http://www.comicsforum.msu.edu/
Posted by Jason Howard at 11:55 PM 14 comments:

Not much time to write stuff tonight, but really is that what people want to see? I say "No", anybody can write stuff. What you want to see are rough scribbly and occasionally (often ?) crappy behind the scenes sketches and stuff. So here you be, some of the rough pencil pages for issue 13. Go!

Note on page 1, panel 3 changed a bit on the final art. I like the scope of this panel, but Robert thought it might be better to zoom in so that we could actually SEE the characters. That Kirkman is a smart dude. 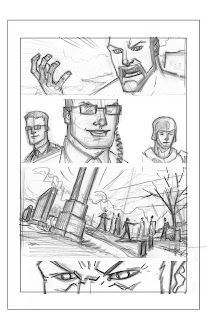 Note that on this page a dude gets punched. 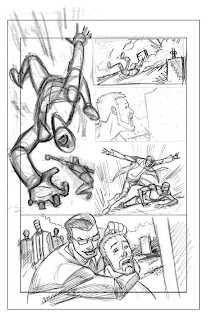 These next 2 page spreads were some of the most fun things to draw for the whole issue. 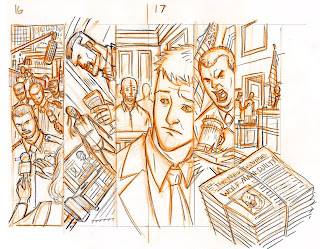 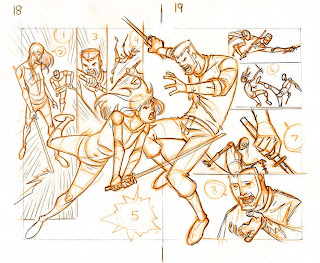 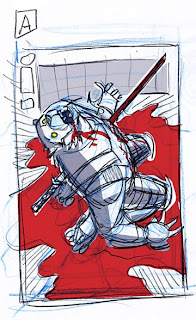 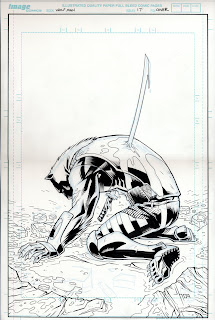 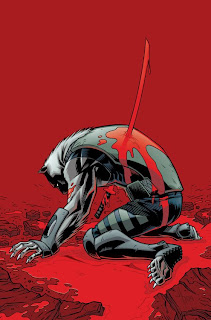